I often get comments that people really like my pattern weights, at least once every time I post a picture of a project where they can be seen on a photo or two so I thought that I would tell you how they are made, as they were dead simple to do! 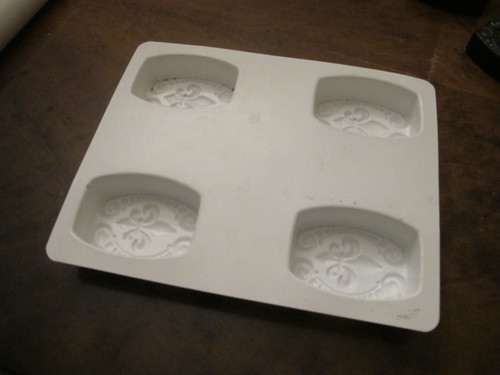 They are made out of plaster, so they are kind of light, but for patterns they are just enough. I simply mixed plaster as the bag told me and poured it into this soap mould that I got of ebay ages ago. 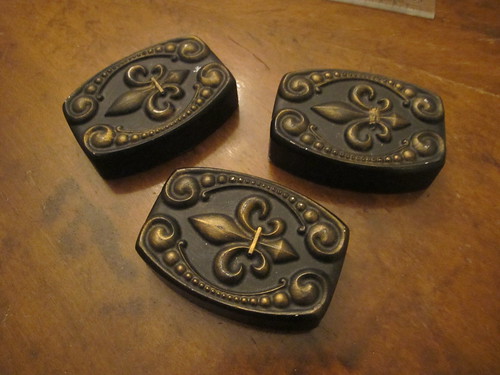 When the plaster had dried over night it was simple to pop them out to let them dry completely and then I painted them black with acrylic paint. To make the pattern more visible I dry brushed some gold on the top. 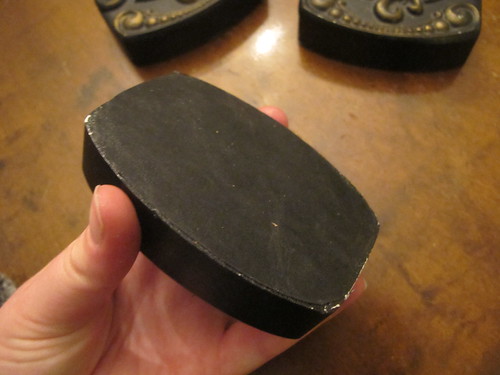 And then as I wanted the bottoms to be smooth and to make them stay where I put them, I cut some faux leather and glued it to the bottom.

That is how easy they were to make, and kind of inexpensive as well, the plaster does not need to be the best quality as they are just weights and the acrylic paint have made them durable as it is basicly a layer of plastic. After seven years of use they only have some chips here and there.

So how do one use pattern weights anyway, I saw someone saying that I was probably one of those rotary cutting people. But I am actually not. This is how I use my patter weights. 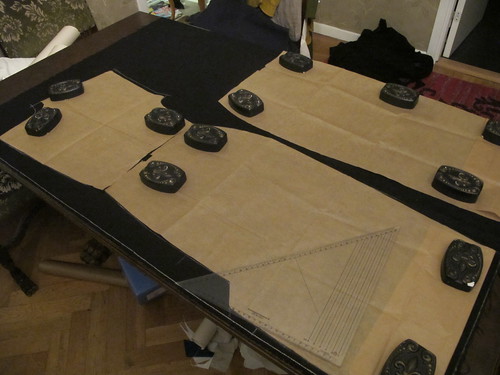 I put the pattern on the fabric, making sure that the grain lines are right and all that putting my weights on strategic places. Here you can see my best friend, the grading ruler. Something that I simply can not live without as it makes it really easy to chalk with perfect seam allowance. 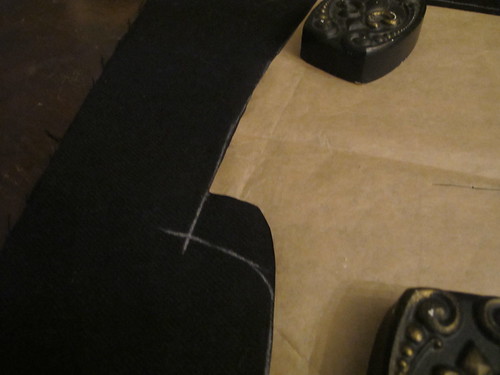 Then I chalk all the pattern pieces, this pattern was made with included seam allowances as I made it in school, but I am reusing it so there is a different neckline, as you can see by my chalk lines. If the seam allowance is not included (like I make my patterns at home) I use a ruler to chalk around my pieces. I never pin as I feel that the pins makes the fabric wobbly and shift. So I simply put my weights on the pattern and that keeps it in place as I chalk. 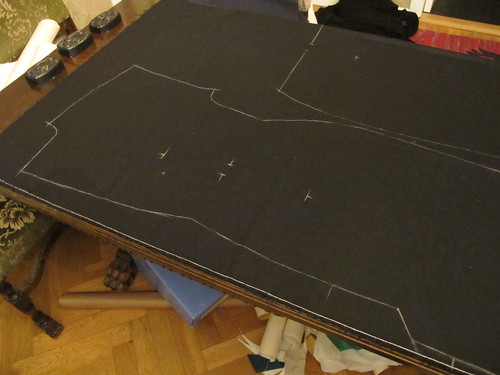 I thread mark darts and other important things and then remove my pattern all together. Then I can simply cut after the chalk lines. 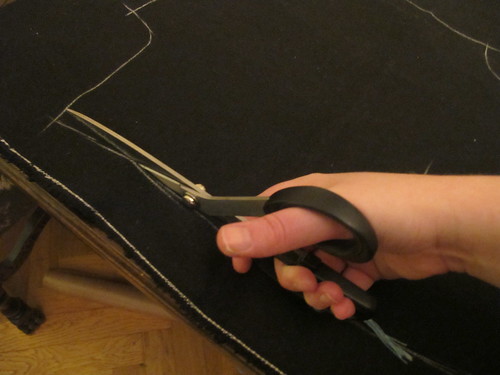 You might ask if the fabric shift when I cut. But it actually don’t. I keep the bottom of the scissors to the table and cut in long cuts. It goes quick and rarely shifts a bit.