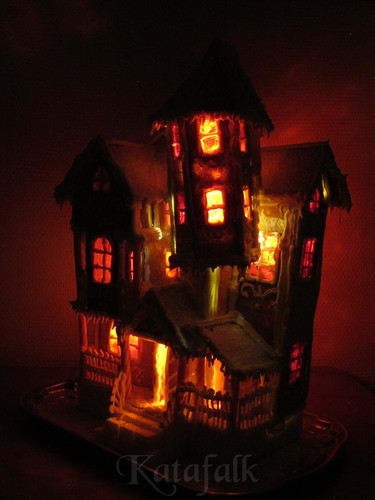 You know when you end up at Pinterest and a few hours just swishes past. I searched for ginger bread houses without actually planning to make one, but then I kind of got stuck and this happened.

I wanted a complicated house, with the copy of my childhood home in gingerbread house that my family always made when I was a kid in the back of my head. Where one side of the roof was the size of a baking tray, well it was a massive turn of the century house and as a kid massive in gingerbread as well.

But I wanted it to fit on my window sill. So what about an American style Victorian town house? There I got both “complicated”, narrow and high, with a bit of tower and a good foundation to hide the battery packs in. Why not make a Swedish “Victorian” house, well to be honest the architecture around the turn of the century in Sweden is so much scaled back than the American one. No at all as much fun. I ended up using this house as my main inspiration. 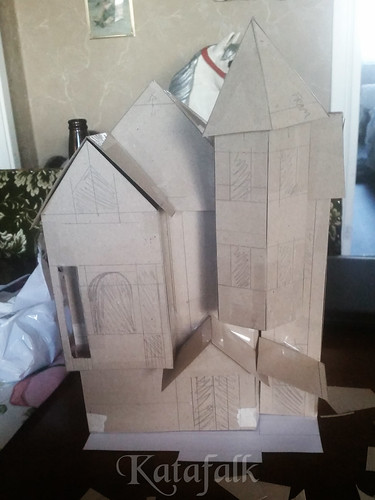 First of I made a cardboard model of the house. 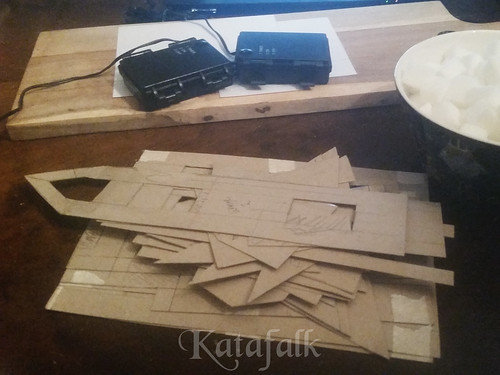 Then it was time to cut it down and label the pieces well. 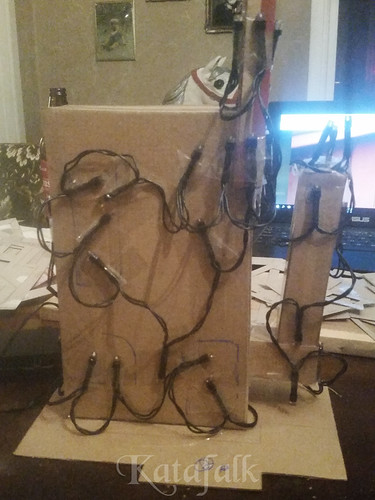 As there are many windows I wanted to make sure that there were light where the were, I made a cardboard base where I mounted two LED fairy lights to. The nice thing with LED is that you don’t have to worry about the bulbs getting to warm so you can just tape it right onto the cardboard. 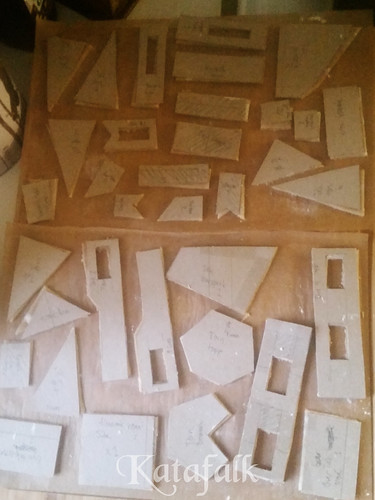 Then it was time to bake! I used this recipe for “Construction grade gingerbread dough”. And was very happy with the outcome. Lots and lots of small pieces! 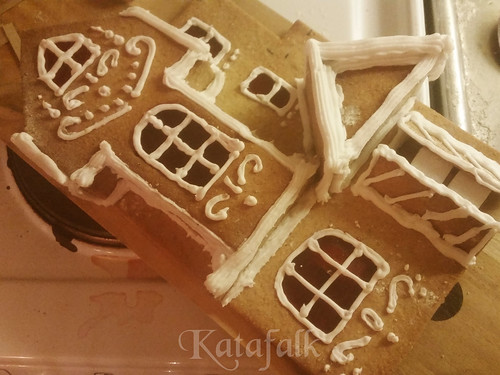 After I baked them and they cooled down I made sugar glass windows and after they cooled it was time to do some icing work on all the pieces.
After the icing was done I waited to the next day to put it together.
The small pieces was put together with royal icing and the big with melted sugar. 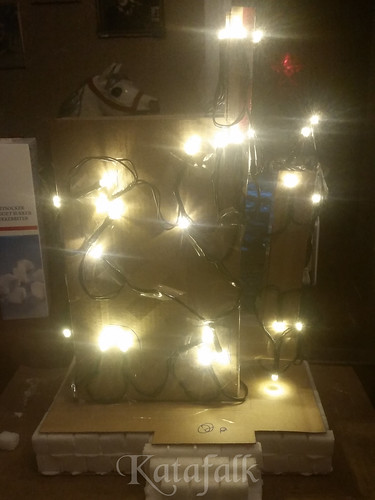 The base was made with sugar cubes, mounted with royal icing on a cardboard piece, the base hides the battery packs and have a piece in the back that you can take away to change the batteries and switch the lights on and of.
Yes there is a 1890s carousel horse in the back, trying to be a part of the photo! 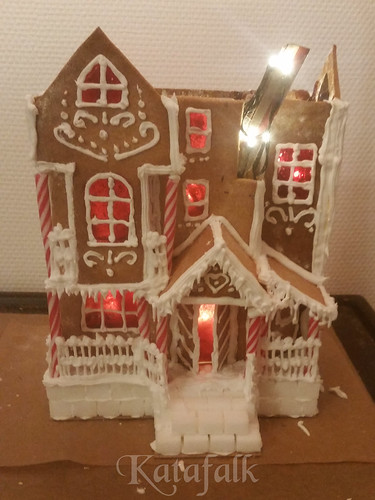 Then it was assembly time. All the big pieces were glues together with melted sugar as it sets so fast, no need to wait and prop things up. After the sides of the hose was mounted I went crazy with the royal icing again. It is a good way to hide the things that does not turn out perfect. The decorative fence was pre-made the night before on a parchment paper with royal icing.
Then I waited to the day after to attach the roof and tower with melted sugar. The key is to wait until the icing is really dried, so that you don’t mess all your work up. The roof got a supportive structure of cardboard, as it felt hard to mount it properly. Gingerbread is nice but it does warp a bit in the baking process and things really do not all line up, the tower is so crooked from one angle. This is why you have icing, you can hide anything with icing and a good dusting of powdered sugar. 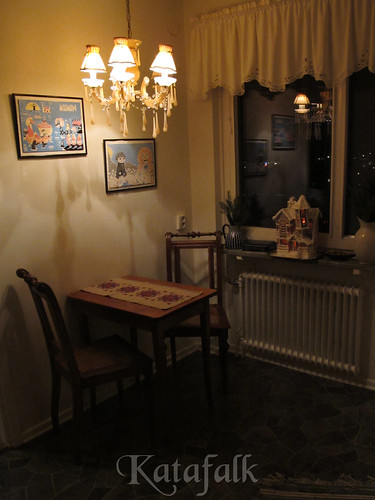 And then it was done. Kind of small, but with lots of details! 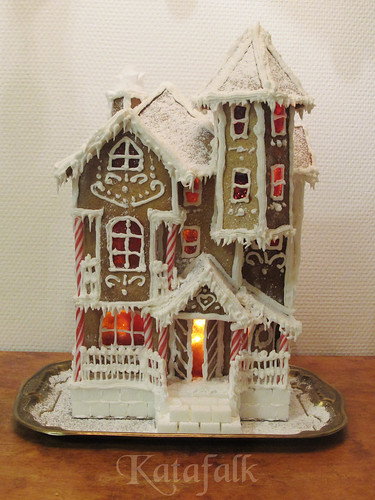 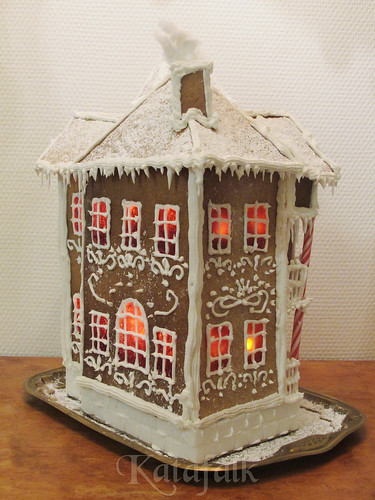 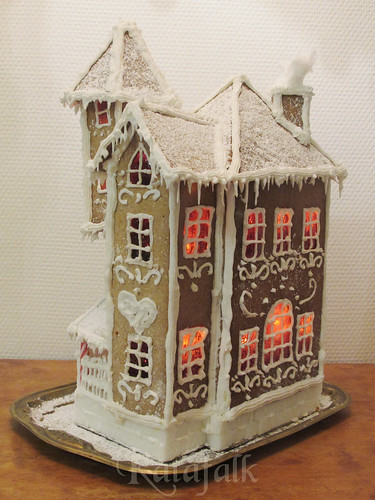 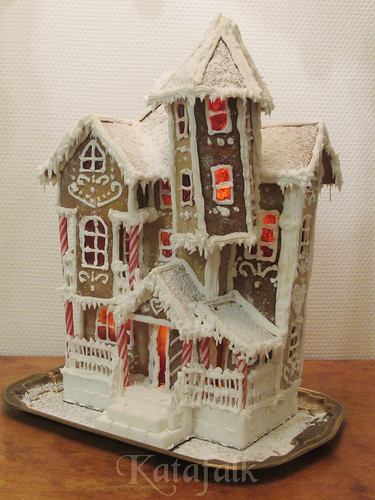 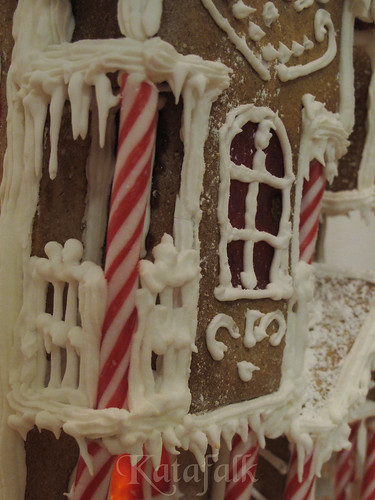 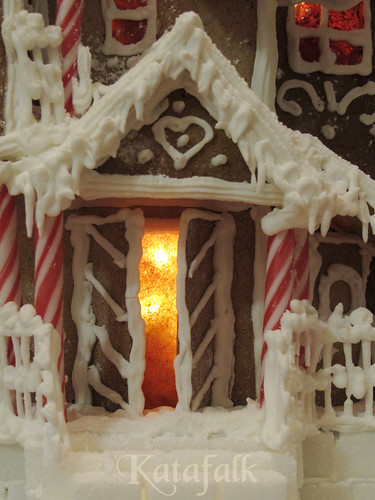 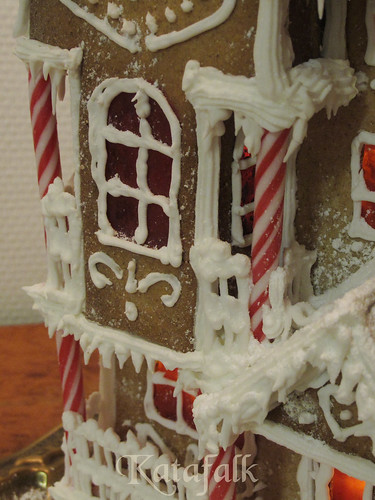 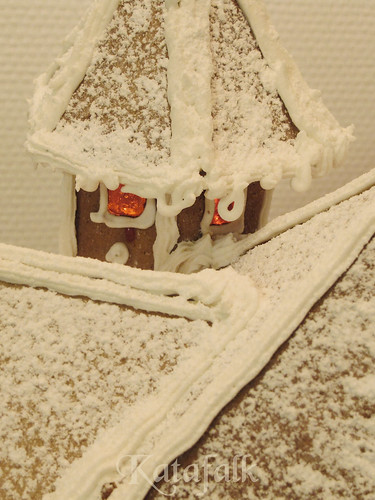 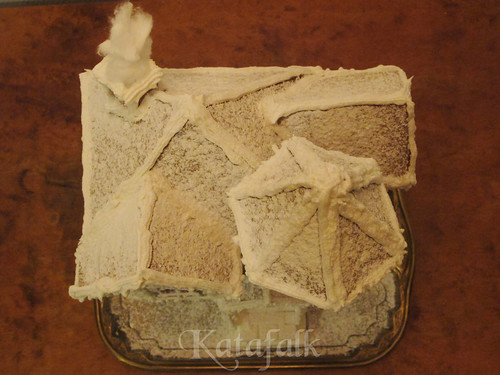 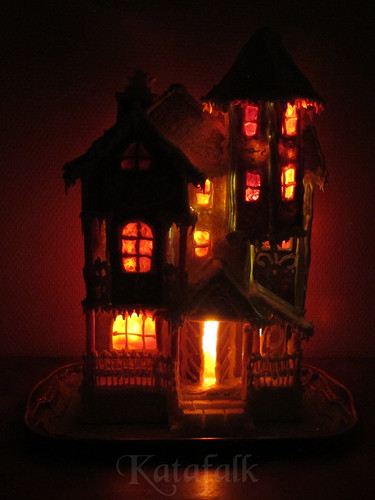 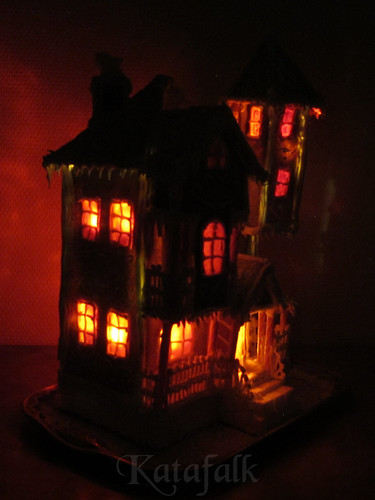 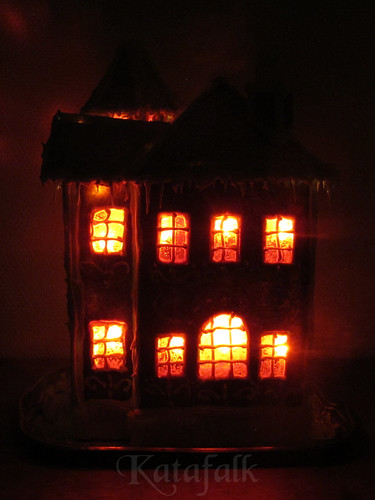