When I made my new plant dyed 16th century German dress I knew that I would need to make a new smocked shirt as the old one was so fancy. 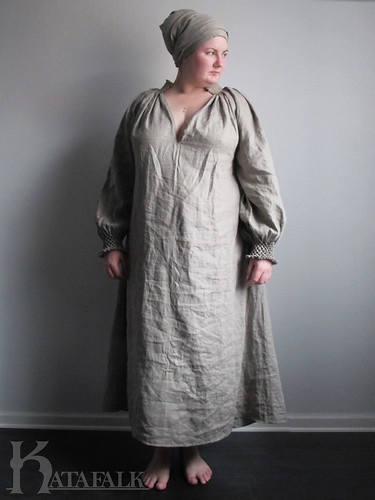 So I decided on a medium weight unbleached linen fabric.
This time I decided to make the shirt longer then the last time and also make it less wide. 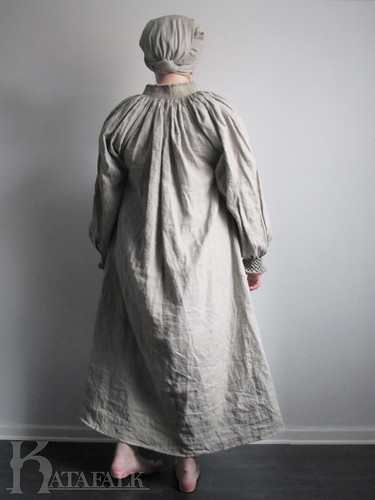 The shirt is sewn just as my last smocked German shirt, but with the addition of two gores, one in each of the side seams.
But other then that one can follow the assembly instructions of the white smocked shirt to the letter.
They can be found HERE

The good thing with this version is that there is not that much fabric in the collar, so you will save time on marking out dots, and also, the smocking is a bit different here, more suitable for the English smocking. 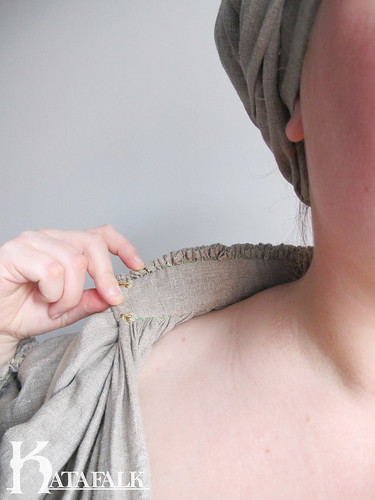 It is lined in the neck with the same linen fabric, and closes with two small brass hooks on one side and two thread loops on the other side. 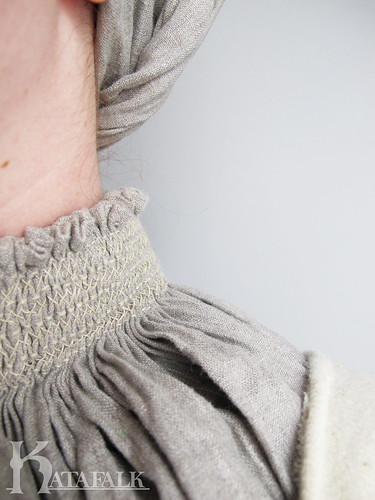 Here you can see the smocking on the collar, done in a unbleached linen thread, making it nice, neat and subtle. 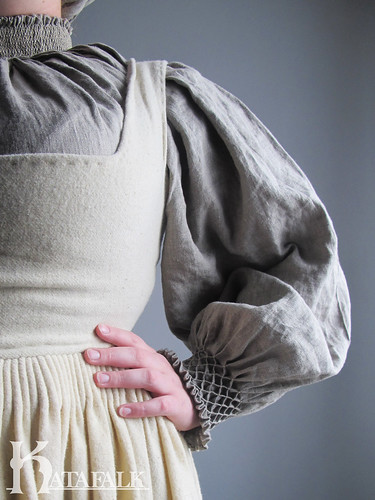 The width of the sleeves are gathered in the bottom with a simple honeycomb smock. 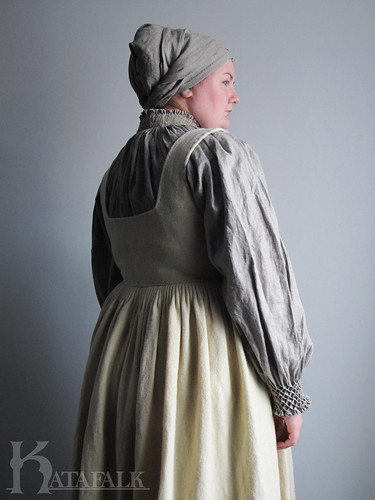 It is very nice and subtle, here it is worn under the underdress.
You can also see the new steuchlein I made to match the new smocked shirt.

Here is the pattern As always it is made for me and it is in cm.
So when using this, please make a mock up and check it against your own measurements. 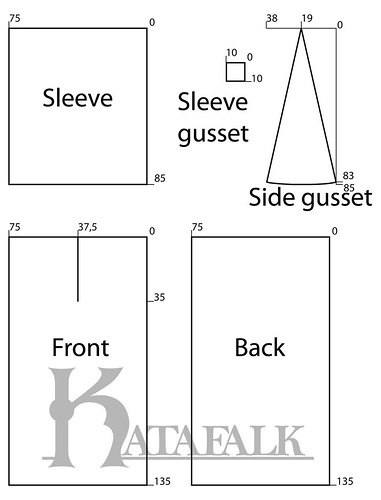